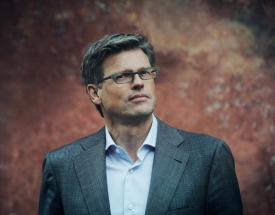 Jaap Winter is President of the Vrije Universiteit Amsterdam. He is professor of international company law at the University of Amsterdam. Jaap Winter was the chairman of the High Level Group of Company Law Experts that advised the EU Commission and Finance Ministers on the developments of corporate governance in the EU in 2001-2002. Since then he was a member of the European Corporate Governance Forum set up by the EU Commission to advise it on a regular basis on governance developments. He was a member of the Tabaksblat Committee that drafted the Dutch Corporate Governance Codein 2003. He received the prestigious ICGN International Corporate Governance Award in 2004.
Jaap Winter has worked with many boards (executive and non-executive) in both advisory and educational capacities. Together with Erik van de Loo he conducts board reviews, focusing on the interplay between the system and the roles that need to be played on the one hand, and group dynamics and member’s individual contribution on the other. They have also initiated academic research into this interplay.
Jaap Winter has published widely on matters of corporate law and corporate governance and often speaks at conferences and other public occasions. He was a member of the Supervisory Board of the Dutch securities regulator AFM and is a member of the Supervisory Board of Het Koninklijke Concertgebouw N.V. and the Supervisory Board of Randstad Holding N.V.