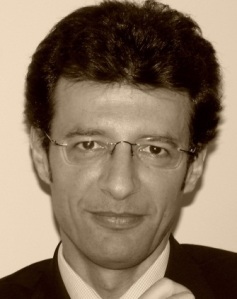 Alain Pietrancosta is Professor of law at the Sorbonne Law School (University of Paris). He earned his Ph.D. from the University of Paris 1 Panthéon-Sorbonne in 1999 and passed the “aggregation” of law in 2001.Professor Pietrancosta teaches French and European business, company, financial and securities law. He is the founder and director of the Masters in Financial Law program at the Sorbonne Law School. Founding member of the “Forum Europaeum on Corporate Boards” (FECB); the “Financial Law Research Center” of the Sorbonne Law School; Research Associate of the “European Corporate Governance Institute” (ECGI); director of the “Financial Law Association” (ADFIN); founder and president of the “Financial Law Club” in liaison with ThomsonReuters; member of the “Asset management commission” of the French Financial Market Authority (AMF); head of the scientific committee of the “European Association of Banking and Financial Law” (2009-2011); Professorial Fellow of the Faculty of Law of Tilburg, Anton Philips Professor for the year 2008-2009 (Tilburg Law School’s Center for Company Law), Professor Pietrancosta is also the founder and director of the “Revue Trimestrielle de Droit Financier – Corporate Finance and Capital Markets Law Review”; co-founder of the “Paris Workshop & Lecture Series in Law & Finance”; member of the Executive Committee of the Labex (“Excellence Research Center”) “Financial Regulation” established in 2011 between the ESCP Europe Business School, the National School of Administration (ENA), the Conservatoire National des Arts et Métiers (CNAM), the National School of Insurance (ENASS) and three research centers at the University Of Paris 1 Panthéon-Sorbonne (the Centre d’Economie de la Sorbonne in economics, the Institut de recherche juridique de la Sorbonne (IRJS) in Law; and the Pôle de Recherche Interdisciplinaire en Sciences du Management (PRISM), in Management); member of the Bureau of the Think Tank “Rules for Growth”. He is the author of “The Influence of Financial Imperatives and Market Forces on French Corporate Law” (« Le droit des sociétés sous l’effet des impératifs financiers et boursiers »), Thomson-Transactive, 2000, which was awarded a prize by the University of Paris 1 and by the European Association of Banking and Financial Law (AEDBF).           Professor Pietrancosta has published numerous articles with respect to corporate, financial and securities law. He is also co-author of several books, both national and international, and a frequent participant at international conferences in the fields of corporate, financial and securities law. He regularly consults for law firms, corporate clients or the government, and has served as a French law expert in major lawsuits in U.S. federal courts.